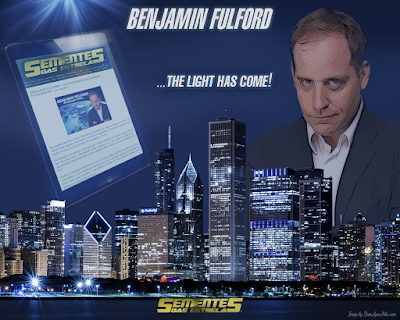 Last week various intelligence agencies confirmed the United States government is in the middle of a controlled implosion that will continue until at least January.  Russian intelligence sources say Donald Trump will be the last president of the United States in its present form, and they know from experience how quickly things can change.
If this forecast comes to pass, the big question is, will the U.S. be represented by a Khazarian Satanic government (and a Gates’ sponsored, RNA vaccine-induced, DNA damaged culling of the global population) or a hybrid democracy-meritocracy controlled by the people?  The battle over the coming months will determine that outcome, many sources agree.
Perhaps the most disturbing intelligence that came in last week is that the riots in the U.S. are being funded by the Ford Foundation, according to MI6 and NSA sources.  Not only that but “Joe Biden and Kamala Harris are on the board of directors and it’s funded with U.S. Federal Grant money,” the sources agree.  Biden has shown himself to be a totally corrupt Zionist slave.
Meanwhile, the fake news smear campaign against Donald Trump is also ramping up by the day.  With a full-court press to steal the election by mail-in voting and threats of violence unless Biden wins by a landslide, Americans may not see a confirmed President by next January.
The big question is how bad things will have to get before the U.S. military gets off its heavy butt and restores a genuinely representative government to the country.  It is a good bet they will only act if and when the U.S. people demand that they do so.
That day might not be so far off.  According to various estimates, as many as 50-million Americans will be facing a hunger crisis by the end of this year.  This is not due to a lack of food but rather to deliberate attempts by the ruling Khazarian mafia cabal to reduce the population.  There is in fact, as usual, an over-abundance of food in the U.S.  However, “half the farm produce in the U.S. is being shipped to China,” according to the NSA.  In other words, the Khazarian mafia is willing to starve Americans to pay off the debt to China (or let them eat all the Monsanto GMO as part of the new trade deal?).  This is what happened in Colonial India when there was mass starvation because the food was being sent to well-fed England.
The crisis is not limited to food because the U.S. is running out of all sorts of items like lumber, light bulbs, etc. This is only going to get worse as stuff stockpiled in the months before the February 16th U.S. bankruptcy starts to run out.
Skyrocketing crime, criminal local governments, draconian restrictions on private business, etc. are also driving a continuing exodus from large U.S. cities.  At this point, two out of five New Yorkers want to leave the city.
The other thing happening is that the genocidal medical mafia in the U.S. is fighting tooth and nail to continue to poison and rob the American people.  According to the prestigious medical journal Lancet, the U.S. has by far the most expensive, and the worst, medical system in the developed world.
The situation with the medical mafia is so bizarre now that a new type of palindrome has appeared where the question: “Who caused the pandemic?” is the same as the answer “WHO caused the pandemic.”
The latest in that agency’s long list of crimes against humanity is proof they have been spreading polio in Africa through the use of vaccines.
African governments have woken up to the fact the WHO is a criminal organization and they are kicking them off the continent.  That probably explains this perplexed sounding headline in the New York Post:

The corporate propaganda media is obviously in cahoots with the medical mafia.  This is seen in their support of the Satan-worshipping mayors who are forcing people to wear masks and be terrified of a provably non-existent pandemic.
Inside the U.S., the CDC has had its management replaced by military and agency White Hats and has declared the pandemic over but you won’t hear about that on CNN or read about it in the New York Times.  The scamdemic is also being wound down in places like China, Italy, and Japan and soon will be ended everywhere, Pentagon sources promise.
This is part of a major counter-offensive by the White Hats that is being seen in many ways.  Pentagon sources say the “COVID-19 pandemic” was used as cover in Italy to lock down the entire population while “tons of gold, documents and…
other valuables were airlifted out of the Vatican.”  Now, the sources say, Pope Francis has been freed from detention and finally allowed to leave Rome.
The sources continue to say, “Warehoused gold from the Vatican, Vietnam and elsewhere in Asia is being used to back currencies worldwide, along with natural resources, other assets, and human capital.”
Brazil has shown what is possible if governments take control of money away from Khazarian bankers.  They have radically reduced poverty in just a year simply by making sure the poorest have enough money to meet their basic needs (this does not mean I support the current regimes’ accelerated destruction of the Amazon).
There has also been a widely under-reported item of good news coming out of the UK.  Mark Sedwill has been formally replaced as the head of the civil service there.  Sedwill was for years the de facto ruler of the UK while Prime Ministers were just buffoon actors.
Here is what a senior MI6 source had to say about the situation:

“ ‘We ousted the head of the civil service, Sir M.S., as a DVD Dachau double agent…All the cabinet secretaries since I began to look into what the hell was going on with Her Majesty’s Government to be DVD, Dachau German Double Agents…that rot was taken out.’  So that folks, is the back story to Brexit ie, British liberation from Nazi rule.
His replacement, ‘Simon Case was a servant to the Duke of Cambidge, Diana’s son William or Prince William,’ the source says.  However, Case will only have half the power of Sedwill.  That is because Boris Johnson’s chief Brexit adviser David Frost will take Sedwill’s job as national security adviser.”

“French military and intelligence brass, like their U.S., Italian, German, UK, and Turkish counterparts, know the Israelis nuked Beirut and may force Zionist stooge Macron to climb down and may even force him out for serving a foreign power.”

Also, “In the Mediterranean, Turkey has announced Russia is doing naval exercises to send a message to France, Italy, and Greece that Israel will not be allowed to export gas via pipeline.”
MI6 sources say the situation has reached the point where:

“The French Branch of the Rothschild Dynasty and the Khazarian Mafia want to settle.  If this is the case then we are a lot further on than you may have understood.  Intelligence-led campaigns tend to work like that.”

However, the sources say it is far too early to be a complacent warning that:

“We are dealing with religious fanaticism essentially, and that is dangerous.  I think they want actual blood.  The death cult is just that, human blood sacrifice.  Perhaps all warfare is just blood sacrifice.”

In a sign of just how stubborn and fanatic these people are, last week we saw yet another headline saying “Iran is 3 months away from a nuclear weapon.”
They have been literally saying this for over 30 years.  You can’t make this stuff up.
Now that their pandemic is fizzling out, they have also put out signs they are planning an EMP attack as their next offensive against humanity.  The Satanic Department of Homeland Insecurity has signaled this.
It might be a good time to make sure you know how to find your loved ones and other important people without having to use a mobile device.  It is also a good time to make sure you have something other than electronic money (that includes credit cards) available for use in an emergency.
In any case, in the U.S., it is pretty clear the Khazarian mafia has already decided to go with Trump while making Biden a designated dementia loser.  Here is what MI6 says is the planned scenario:

“Trump will stay in office…if he doesn’t get nuked or shot etc.  All his evils will be swept under a rug and the Alternative Media will make him out to be a superhero.”

According to MI6 sources, many years ago a Russian Ambassador’s wife said:

“You stupid Americans know nothing.  You will have 8 years of a Black President, 8 years a white Christian President, then your next president will destroy America.”

Things may be unfolding faster than the Russians predicted since, according to the NSA, U.S. GDP has now dropped to $8 trillion, or less than a third that of China (in real terms).  There are now 80-million unemployed Americans, making the situation far worse than during the great depression of the 1930s.
An article in the Atlantic (refuted by Trump and half a dozen of his aids’ eyewitness accounts, including Bolton) claims the U.S. military brass is thoroughly fed up with Trump and is preparing the way for a post-Trump, interim military government to restore sanity to the U.S.
Here are some excerpts:

Trump said, “Why should I go to that cemetery?  It’s filled with losers.”  In a separate conversation on the same trip, Trump referred to the more than 1,800 marines who lost their lives at Belleau Wood as “suckers” for getting killed.  “He can’t fathom the idea of doing something for someone other than himself,” said one of [General John] Kelly’s friends, a retired four-star general.
“When I joined the military, some 50 years ago, I swore an oath to support and defend the Constitution,”[General James] Mattis wrote.  “Never did I dream that troops taking that same oath would be ordered under any circumstance to violate the Constitutional rights of their fellow citizens—much less to provide a bizarre photo op for the elected commander-in-chief, with military leadership standing alongside.”

In any case, it is clear from the contradictory comments and predictions of various sources that a power struggle is underway and the outcome is yet to be determined.  However, outside the U.S. the consensus is the whole fake Democrat versus Republican reality show needs to be canceled.
The corporate propaganda service AP has shown growing cognitive dissonance among the remaining brainwashed sheeple by describing “Dueling versions of reality at war.”
What these cool-aid drinkers fail to realize is that the Khazarian mafia’s global psyop is intent on demonizing reality.  When this sh-t show finally ends the world can embark on a more constructive path for humanity.
Benjamin Fulford
[This is the full update]


[Help support Benjamin by purchasing a subscription at benjaminfulford.net]

All articles are of the respective authors or publishers' responsibility.

No religious or political creed is advocated here.

Organized religion is unnecessary to spirituality.

Excellent teachings of the masters have been contaminated by the dogmatic control of these religions.

Discernment yes; judgment does not.
If you use discernment you are free to research with an open mind.

With discernment, it is possible to reach the spirit of the letter of any writing and it is also much easier to listen to the voice of the soul that comes from the heart.
Individually you can be helped to find your Truth that is different from everyone.


Please respect all credits.
Discernment is recommended.
Like this! please bookmark. It is updated daily
(email:nai@violetflame.biz.ly)
PT: a chama ~ Israel ou Cazária!? ~